Tiramisu – The Most Popular Italian Dessert 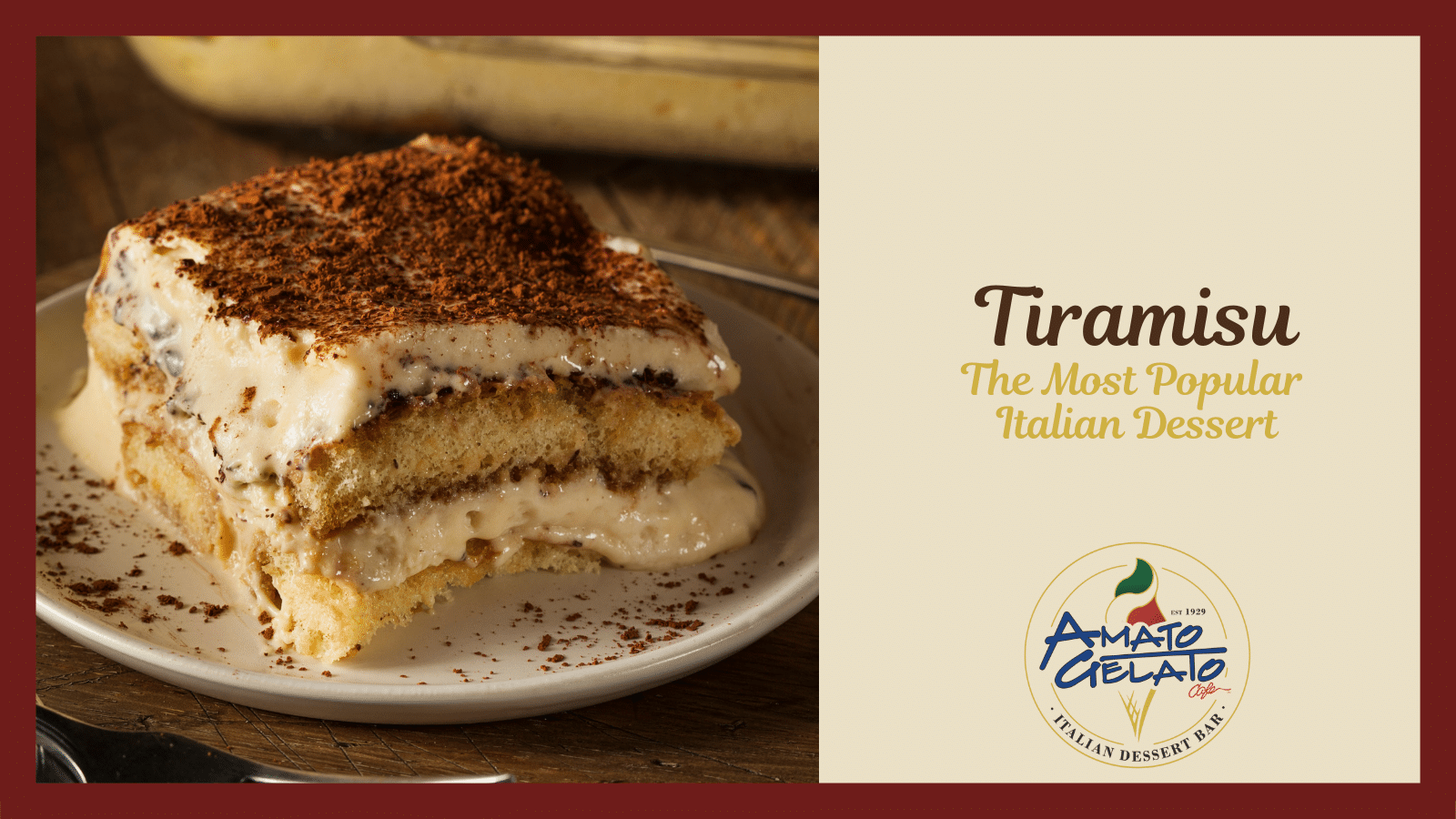 Tiramisu is a renowned Italian treat that many dessert lovers are familiar with. Originating from Italy, the term Tiramisu translates to pick/cheer me up. It is one of the easiest Italian desserts to prepare. The recipe includes egg yolk, cocoa, ladyfingers dipped in sweetened coffee, and mascarpone cheese.

Tiramisu is now enjoyed worldwide, especially in Europe and America, where many seek an Italian café for an authentic experience. This dessert is also one of the most searched Italian desserts on the internet. Its prominence in the culinary industry means it has lived up to its translation of making people feel delightful after eating it.

The Origin of Tiramisu Dessert

Being an essential part of Italian’s culinary history, the origin of Tiramisu is fused with legends and myths. A story tracing back to the 17th century states that a dessert called Zuppa del Duca or “the duke’s soup” was made in honour of the visiting Grand Duke Cosimo de’ Medici III in Siena, Tuscany.

It was believed that the Grand Duke took the recipe back to Florence. However, there is very little evidence to support the story regarding the dessert’s origin.

The truth about the roots of Tiramisu depends on who you’re asking. There are different versions of the origin which began as early as the 1960s. Despite the other versions, the birthplace of Tiramisu remains consistent in the stories, which is Treviso, Italy.

One of Tiramisu’s origins is credited to a pastry chef named Roberto Linguanotto. In the city of Treviso, Roberto invented the dessert in Alle Beccherie restaurant. Returning from Germany as a cook, Roberto fused his culinary knowledge from his experiences and his culture and childhood, which eventually resulted in the creation of Tiramisu.

Carminantonio Iannaccone is another chef that is believed to be the inventor of Tiramisu. Carminantonio opened a restaurant in Treviso called Piedigrotta. This is where he cooked dessert based on the “everyday flavours of the region”: coffee, mascarpone, eggs, and ladyfinger cookies – the original recipes of Tiramisu. According to him, chefs visited his restaurant to get a taste of the dessert.

Regardless of who started the famous dessert, the prominence of Tiramisu is widely attributed to its rich flavours, which eventually gained traction from locals, tourists, and food connoisseurs. The growth in popularity of Tiramisu resulted in many restaurants adapting the recipes and adding variations to distinct their recipe in the market.

Italian foods have been notably regarded in the culinary industry. With its simple recipes, many cultures and places have incorporated Tiramisu in their menus and dish. In America, the dessert first became popular in San Francisco.

There are also many tiramisu variations created all over the world. Some of these variations include fruit tiramisu with apricot, berries, and peaches; tiramisu using chocolate instead of coffee; and frozen tiramisu with ice cream or gelato. On the flipside, coffee-flavoured Italian desserts have been adapted into various foods like cakes and other pastries.

The continuous popularity of Tiramisu proves how delicious the dessert is. The simplicity of its original recipe provides people with the opportunity to personalize and adjust the flavour the way they want it to be. This Italian dessert is an excellent way to end any meal and can easily be found in Calgary at Amato Gelato Café.