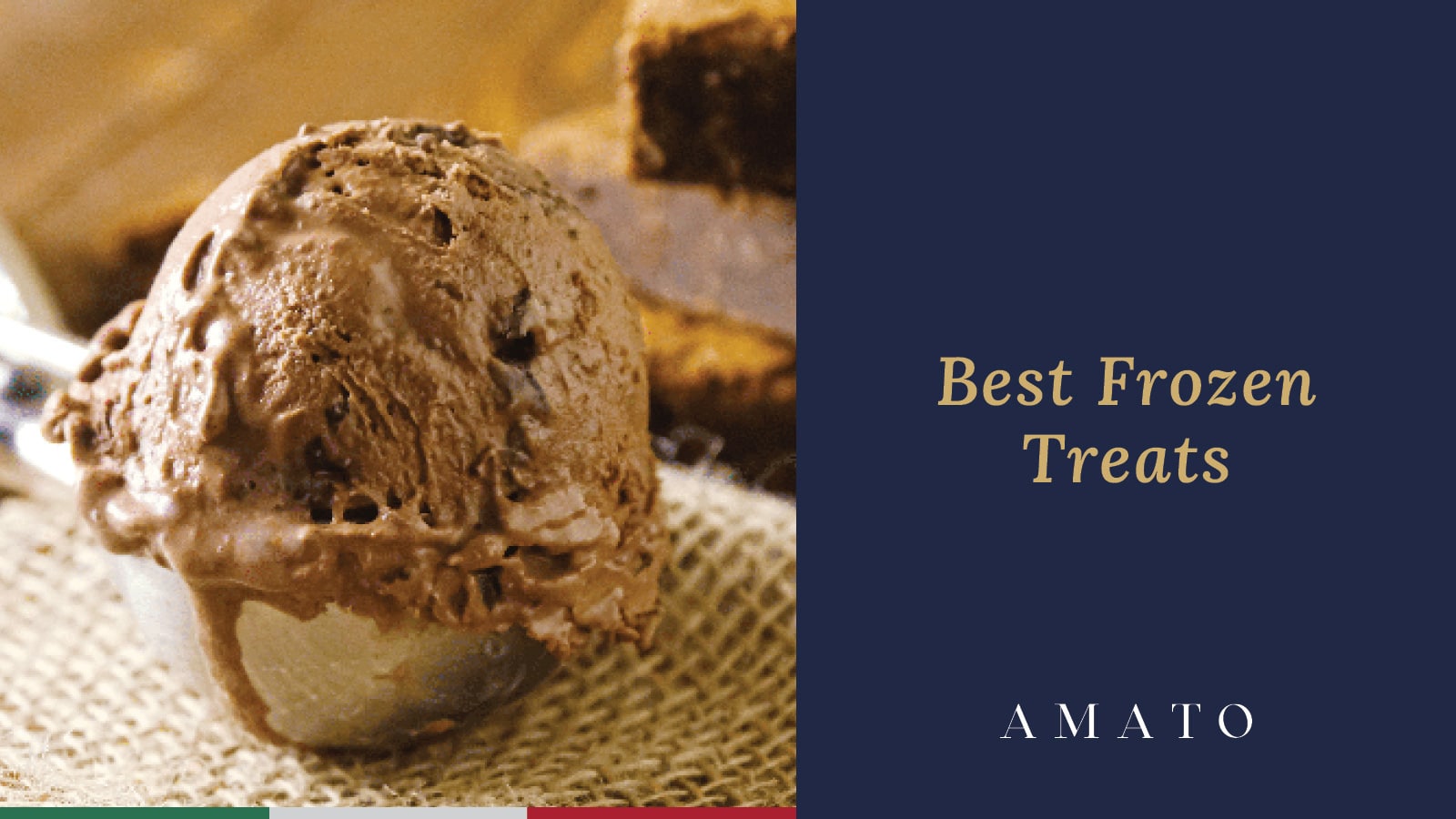 Countless variations of desserts have been invented throughout time and across cultures. Desserts can come in different styles, flavours, textures and more. Today we are going to discuss frozen treats and desserts.

You can find many popular frozen treats in Calgary, such as gelato and sorbetto. Within this article, we will cover some of the other popular frozen desserts… and trust us, they are all worth a try!

Gelato can be considered one of the most popular desserts ever made and was created in Italy. The basic recipe for gelato is a combination of milk, cream, sugar, and a type of flavouring ingredients like chocolate, fruit and even pistachios.

Sorbetto, also known as sorbet, is another popular frozen treat that was initially made in Persia. The word sorbetto or sorbet came from the word sariba, an Arabic word that means “to drink.”

A sorbetto is generally made by churning fruit puree and a sweetener in an ice cream maker. Other ingredients for a sorbetto may include fruit juice, liqueur, honey, and wine. The most noticeable difference between the others is that it does not contain dairy.

The history of ice cream is a little bit unclear. Some say that it was first invented in China 200 BC. Others speculate that ice cream may have originated in Persian around 550 BCE. This is by far the most popular frozen dessert of all time, wherever you may be in the world. In terms of popularity between gelato vs ice cream, ice cream does tend to win.

Ice cream is a sweet frozen treat that uses cream or dairy milk as the main ingredient and then flavoured with some sweetener such as fruit or chocolate.

Frozen custard is a lot like ice cream, but an extra ingredient is added to the mixture, eggs—the history of frozen custard dates to around the 1900’s in Coney Island, New York.

Frozen custard is believed to remain cold longer than regular ice cream, thanks to the egg added to the mix.

Frozen yogurt is another frozen treat similar to ice cream and is essentially just as described… yogurt that has been frozen. Some of the benefits of frozen yogurt include a generally lower fat content, plus it contains probiotics.

Don’t confuse sherbert with sorbet; this frozen treat is different from it because of the added dairy. Just like sorbet, to make this frozen delight, you will need to use an ice-cream churner to mix fruit puree, sugar and lastly, milk, which is not part of the ingredients of a sorbet.

The word sherbert (aka sherbet) was derived from the word “sharbat,” a Persian term for an ice-cold fruit drink.

Granita is gaining popularity and is definitely a must-try. Granita is made using sugar, water and flavouring, typically fruit juice or syrup. Granita was invented in Sicily, but you can now find it at many Italian cafes.